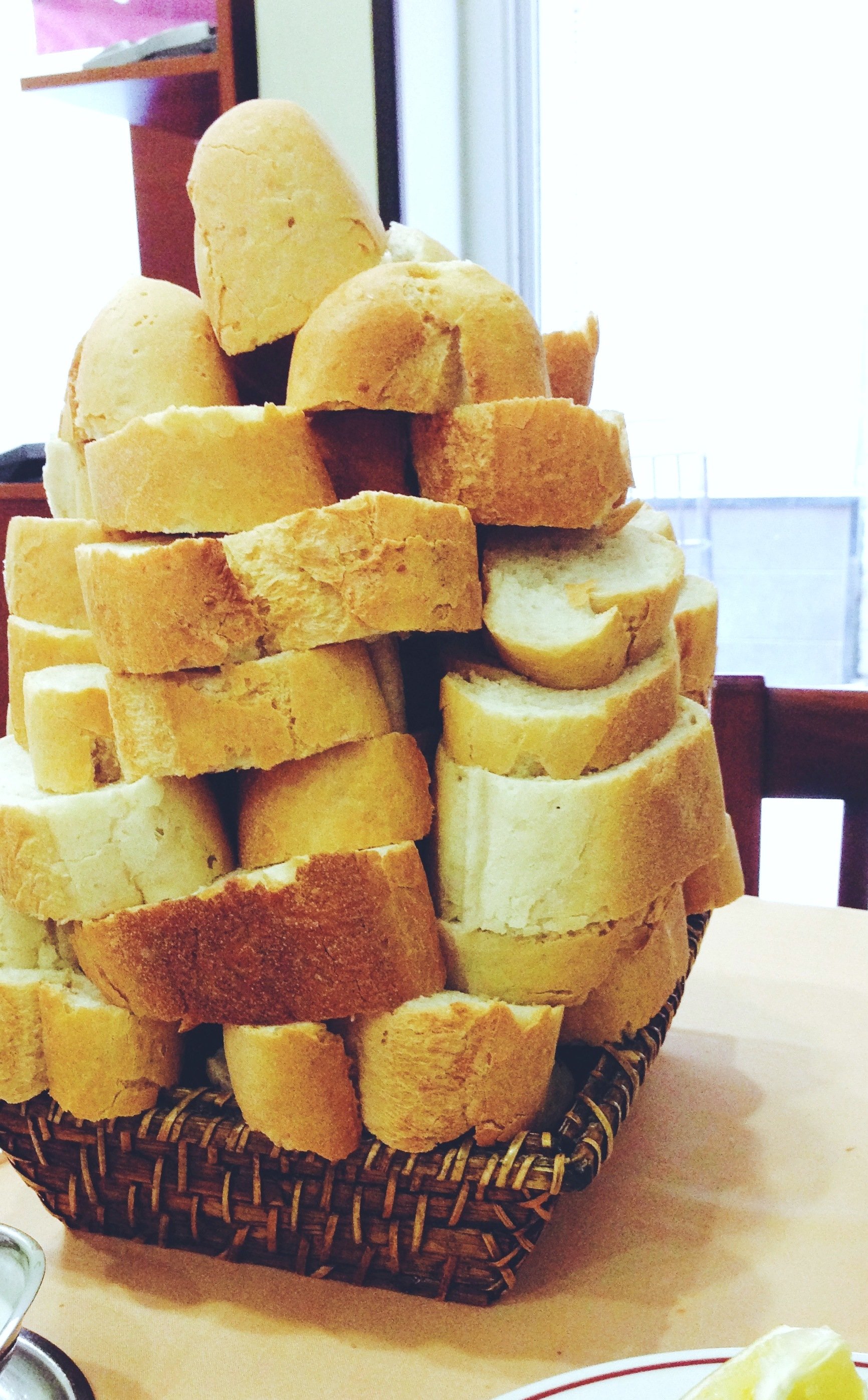 My personal proofreader for the written English language just returned from his trip to Switzerland, so let’s continue my recount on going gluten free. From my post last week you already know why I made the decision in the first place. Still you may be asking yourselves what this change actually meant. How did it change my eating habits? How did it affect daily life and more importantly, did it actually make a difference? Did the experiment meet my expectations?

On a side note up front: Some of you may have noticed that I seem to use the terms gluten and wheat synonymously. As a general rule the FODMAP approach suggests canceling wheat and rye from your diet, not necessarily all grains containing gluten. Take spelt for example. Spelt contains gluten, but is considered to be FODMAP safe. However, from what I have read so far many people made positive experiences choosing to cancel out all gluten from their diet, especially during the initial elimination phase. So when I talk about wheat I mean wheat and when I say gluten, I mean gluten.

I was determined to follow through on my gluten free experiment. More so, I was euphoric and meticulous avoided eating any gluten containing foods. Finding out about the FODMAP approach put me in such a happy mood and mode that following the new dietary guidelines almost felt like a new passion of mine instead of just another cruel restriction forbidding me to indulge in fresh oven-baked bread. I happily debarked on a sort of treasure hunt analyzing the foods around me for their gluten content. Every time my boyfriend handed me the breadbasket, I smiled impishly, shaking my head and declining with a “no thanks”. Usually he followed up with saying something like “But you should eat more than just the veggies/eggs/…” then stopping mid-sentence, recalling the latest changes in my dietary needs, shaking his head in disbelief and murmuring something that he’ll never be able to remember what’s ok and what not. Sorry! 🙂 Now that gluten has officially joined my no-go list it’s even more confusing to people. (“How on earth are wheat and fructose related?”) 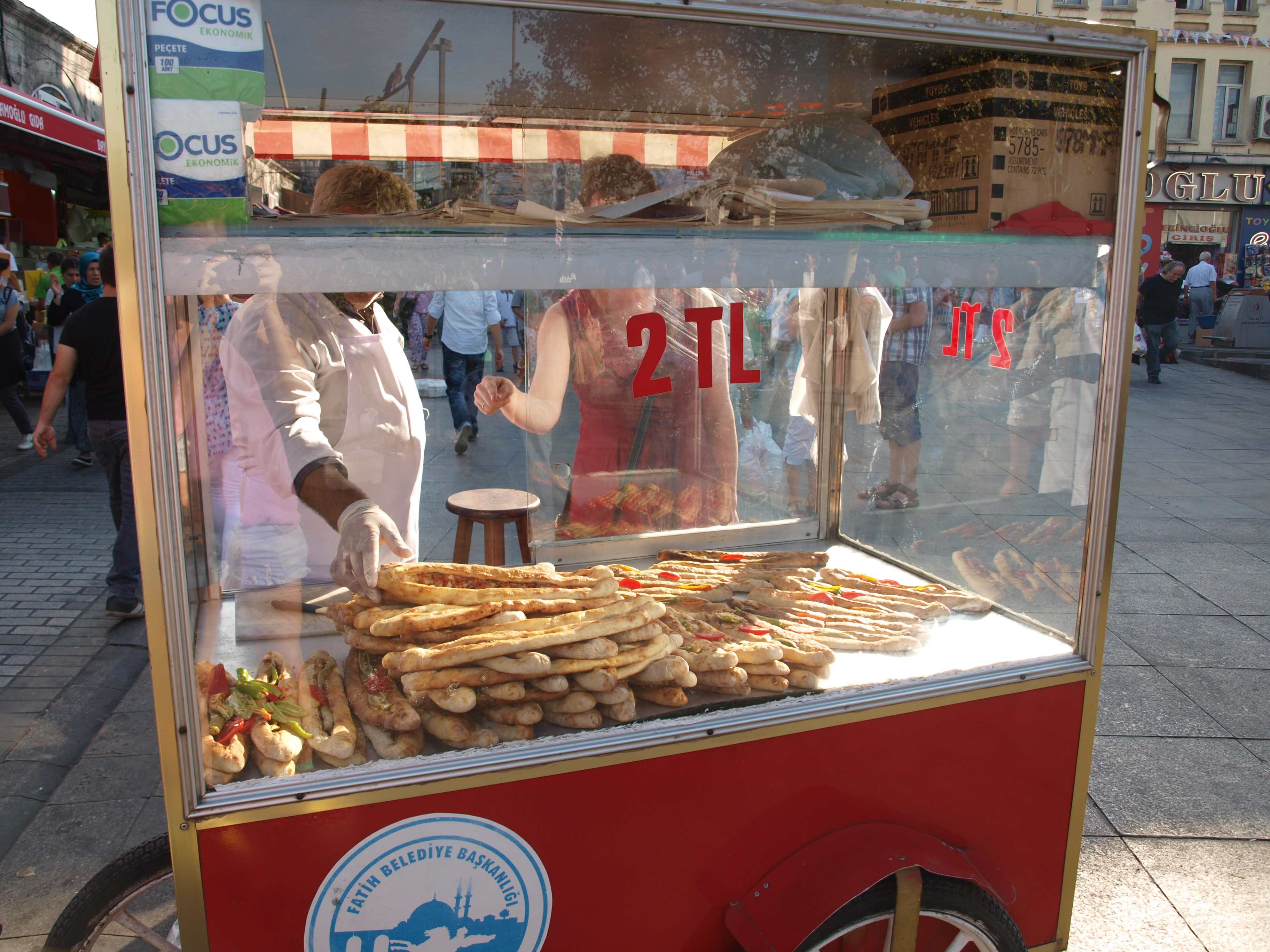 Early on I took the list provided by Sue Sheperd and went from there. As of late I’m in contact with a researcher from Monash University as well. Monash University is the leading institution when it comes to Fructose Malabsorption, determining the amount of fructose, Fructans and others problematic ingredients in foods and therefore furthering the development and improvement of the FODMAP approach. From her I learnt that Sheperd no longer works at Monash and that the information provided on Sheperd’s own website is not up to date. Hooray, how nice, more confusion, just what we need, right? Hence, from now on I suggest you follow the dietary recommendations offered by Monash University.

How did my diet change?

First of all, I blacklisted all types of bread, going for rice crisp bread imported from Germany instead. No pasta, no flour-based soups. Even my own previously posted low-fructose cake and muffin recipes were to be reviewed, treated with caution, remixed or simply avoided. No bulgur and no lavash, ultimately making freshly grilled Adana Kebap a sad and lonely culinary experience. In general the range of foods to choose was further reduced, but I was almost always able to find something nice and filling on every menu I faced. Usually I ended up ordering something such as köfte (Turkish style meatballs) with potatoes or rice. (I said nice and filling, not exciting! ;). On the other hand, home cooking still needed to be adapted to my newly discovered dietary needs. I got bored of salad pretty quickly and haven‘t figured out a nice gluten free side dish not going by the name of potato chips (what would I do without them?). I laid off cooking for a few days, diving into yet another extensive Google search for gluten free grains and recipes. Even though the number of stores selling natural, organic products in Istanbul can be counted on the fingers of one hand, I managed to get my grip on a few dinner-saving findings including millet, buckwheat and oats. More on these babies in my next post.

To sum things up, week number one was a good one. I was feeling good, more relaxed and somehow lighter. Maybe a result of shoveling in less carbohydrates at night. It is way easier to sleep soundly without a chunk of dough clogging your stomach. Though I must confess, I didn’t feel as good as I had initially been hoping. My bloated tummy was still bothering me. I was feeling less bloated, true, but bloated nonetheless. Was I too impatient? Had I missed out on something? Or was I overexcited, not wanting to accept one week into the gluten-free experiment that the supposed improvement was possibly just a figment of my imagination? 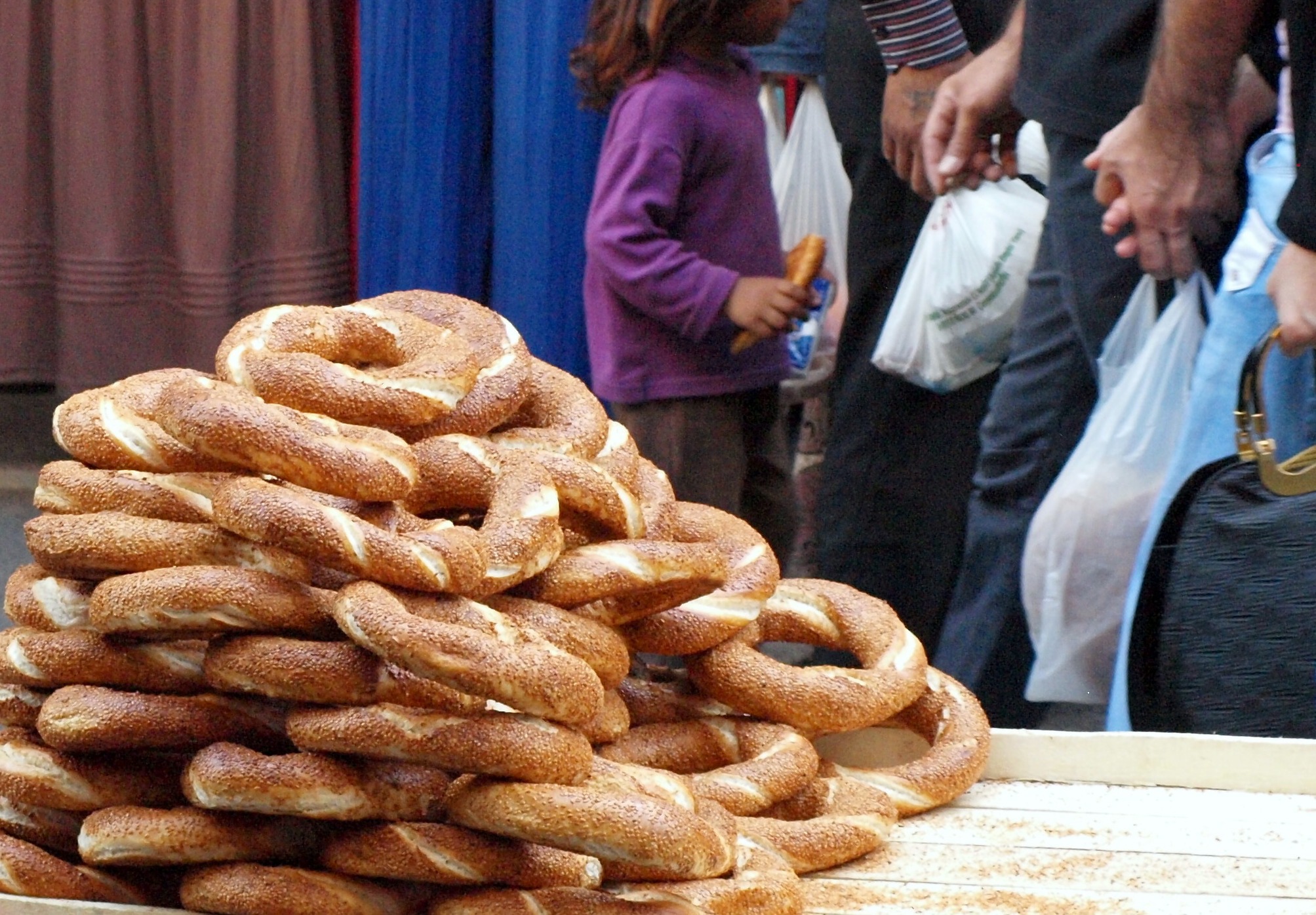 The second week kicked off with a bitter defeat. We had friends over for breakfast. Nice breakfast with friends calls for freshly baked Turkish bread from the bakery. While the breakfast went on, the bread kept on staring at me with a despicable look presumably saying something the likes of, “why on earth would someone eat his scrambled eggs without a piece of crisp-tender bread ?!”. Ouch. I didn’t touch it though. At least not during breakfast. When everybody had left after breakfast, it was just me and the bread. I couldn’t resist any longer, cut off two slices and ate them. Plain, nothing on top. While my body released all the freshly baked bread related happiness hormones my bad conscience set in. Could it be this tough to part with wheat? Maybe wheat is just as addictive as sugar and I am not even at fault. Why blame myself? Would that make me look stronger or weaker, now? I spent the rest of the day wallowing, watching my stomach regain its usual “seven months into pregnancy” size.

The next couple of days I was more disciplined than ever, not wanting to relapse again. By the end of the second week I started to feel sickish. I was exhausted and tired, my head and body ached. What a nice timing for a summer flue, I thought. By night unexplainable diarrhea joined the symptoms, contradicting my summer flue theory. It got worse the next day. I couldn’t stand up longer than 10 minutes without feeling dizzy and nauseous. I was worried about fainting at any moment. It slowly got me doubting that canceling gluten out from my diet may not have been such a good idea after all. Was I denying my body important nutrients? On day three I was on the verge of blowing off the whole experiment, when it suddenly dawned on me. Hadn’t I experienced something like this before? I remembered the time I had stopped eating sugar. Could I be suffering from withdrawal symptoms?

A quick research brought about sufficient results to convince me that those three days of suffering were quite simply actual withdrawal symptoms. The more I read about the experiences of others the more I relaxed. Everything was experienced many times before and well documented by others: the qualm, the fear of having done something wrong and the relief when finding out that everything boils down to withdrawal symptoms bound to disappear within 4-5 days. In general they start 3 to 7 days after withdrawing from gluten. I was already at the end of week two, but let’s not forget my little bread encounter. It all made sense. The more gluten you used to eat, the more intense the symptoms. I guess I must have eaten a lot and am still shocked by how strongly my body reacted. I hope you will get spared the suffering, but I don’t know if I would have continued as strictly with a gluten free diet if I hadn’t experienced these days. It felt like a big relief, that my body got rid of all the crap and started to heal itself. And that, in the end, gave me the feeling that I was on the right path. 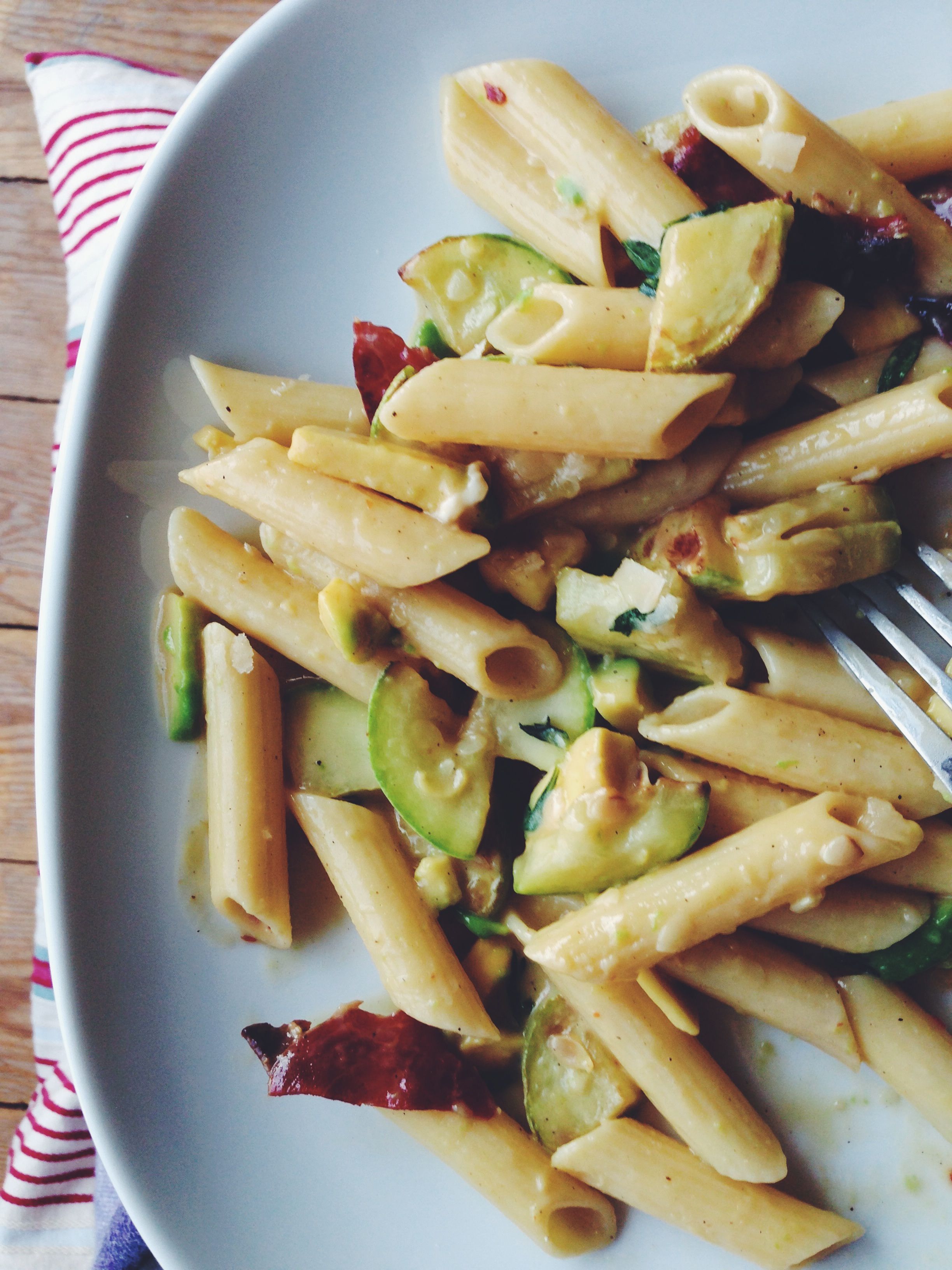 Flashback Week 3 and the following weeks:

The weeks following the withdrawal meltdown, my mood and physical shape have improved considerably. With every day I feel better and lighter. I haven’t looked seven months pregnant in a while, making it easy to forget how I used to suffer. Overall my state of affliction improved and I even my waistline looks slimmer, even though I would not connect this solely to a gluten-free diet. But who cares about the cause, right 😉 Be assured, even after canceling gluten out from your diet, the bad days remain. The days when I just don’t feel well or I’m stressed out, when I don’t have time to plan my meals properly, when I eat in a hurry, you know, all those small things, that manage to bring you off balance. When even safe foods could cause some discomforts. I guess it can‘t be helped.

By now, I’ve kind of adapted to my new eating habits. It didn’t take me as long when going fructose free. I still feel more experienced in that area 😉 But I’m starting to improve my habits, preparing my meals at home and ahead of time. I regularly precook a lot of millet and buckwheat, which makes it easy to just throw some of it into the pan and let the magic happen without me starving during preparation. Furthermore I discovered the true safe foods in my favorite restaurants by now. Unfortunately some of the dishes I considered to be safe turned out to be quite wheat loaded. For example, many of the soups: Yoghurt soup with mint? Loaded with bulgur. Mah. When researching my favorite restaurant foods, I also figured out why the desired improvements in my first gluten free week hadn’t come about. I was actually eating more hidden wheat than I thought.

Would I call it a success now three month into being gluten free? Yes, indeed. The strong withdrawal symptoms and the overall improvement of my physical shape convinced me to stick to my new eating habits. Eating gluten free definitely raised my quality of life, regardless of the presumed sacrifices. If you don’t mind being an even pickier eater than before, while cooking more super healthy food for yourself that is! 😉 Call me a happy girl!

Initially i wanted to share my new favorite gluten free foods with you at this point. But considering the length of this post, I’ve postponed this idea to the next post. Cliffhanger! 😉 Oh, and yes, I’ll work on writing shorter posts. That’s a promise