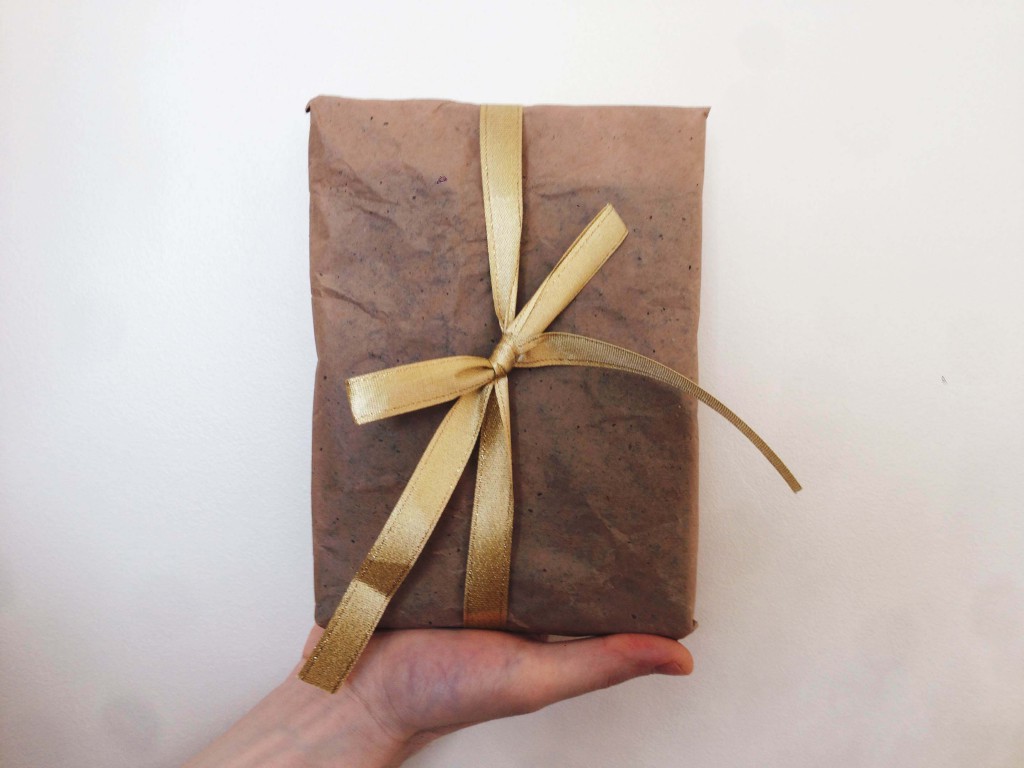 Words cannot describe. I’ve been bursting with excitement for a year, but find myself at a loss for words, now that the day has come, to raise the curtain and share my secret with you.

Countless times I imagined, what this moment of getting the big news out there would feel like. And now, I can finally present to you, what I’ve been putting so much heart into, what’s kept me awake at night and also gained me a few extra pounds.

But let’s start from the beginning. Sometime at the tail end of 2013 I wrote an email, asking for a free promo-code to download an app on fructose malabsorption to review it on my blog. At that time Fructopia was a mere six months old.

I received the code, tested the app and gave it a dismal rating, prompting me to write and share a detailed review. And then? Well, the people in charge of the app were actually delighted! Um, what? That’s right. They were delighted and wanted to talk to me.

And that was pretty much how we closed the deal. Let me dance a little dance, while I overdose on fructose, waiting for the symptoms to confirm this is real.

A few months later, it’s summer and things are really heating up. I’m not talking about the temperatures in Istanbul. I am literally standing in a Berlin kitchen, a first major deadline looming up ahead and breaking a sweat. Meanwhile my blog is looking a bit downtrodden, as if someone had just told it that the ice cream truck wouldn’t be coming today.

No posts, no new recipes far and wide, even though I was testing a whopping 32 recipes per week. *Cicadas chirping* Even though I worked on new texts almost every day. *Are you trying to tell us something here lady?* Yes, the time has finally come to reveal my secret. *Drumroll*

Ladies and Gentlemen, dear fructose malabsorbers, dear subscribers,
Said deal, is actually a book deal!
Fructopia will find a new home between two covers.
fructopia.de will be a cookbook!

I still find it all hard to grasp. Any moment now a man will probably come knocking at my door, wearing a hat and holding a book (like in the movie The Adjustment Bureau) and tell me that all of this was not written, that it wasn’t supposed to be. Well, what can I say, other than I just wrote my very first and very own cookbook!

Didn’t I move to Istanbul to learn Turkish? Well, I also develop a total of 90 new, fructose free and wheat free recipes for moments including breakfast, snacks, quick meals, cooking with friends, beverages and loads of fructose free sweets. Believe it or not, in about two months you will be able to hold a piece of Fructopia in your hands…

…and also a piece of me. While Fructopia – My best recipes without fructose is primarily a cookbook, it is also a very personal one. Look inside to learn about my daily routines and how I handle the numerous challenges of fructose malabsorption. But also find inspiration in healthy recipes on how to get through the day almost fructose fee, while still playing to your senses.

“Fructopia – My best recipes without fructose” is out on April 29 (affiliate link), but unfortunately only in German. I will let you know when and if that changes. As for what’s inside, what it was like writing a cookbook from scratch and which amazing lady photographers I got to work with during the process, let’s save those fructose free details for later. More on that in the coming weeks. Get a first preview here.

But before we get ahead of ourselves, let’s celebrate this with a new recipe. 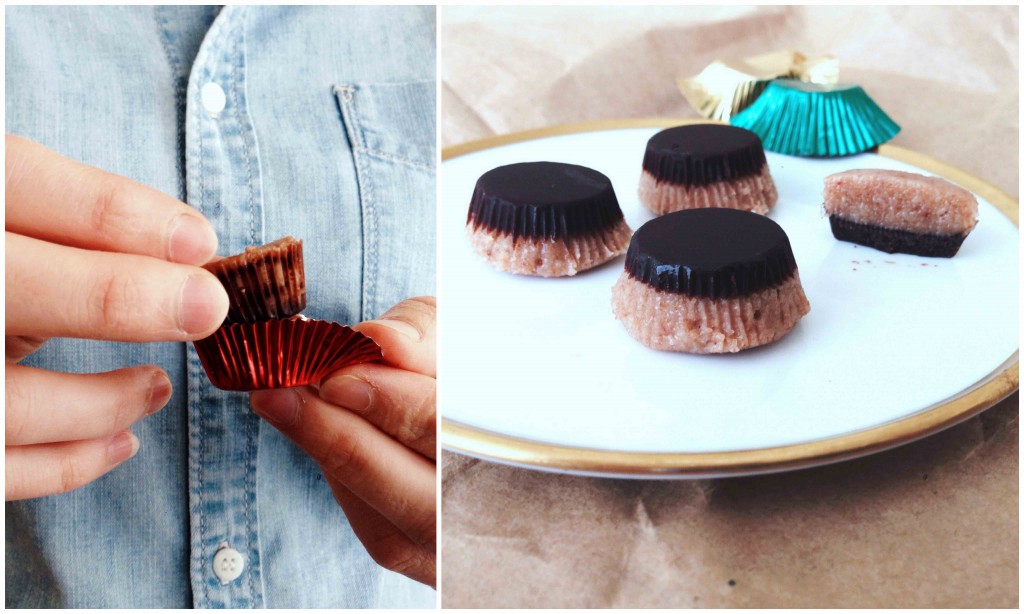 This is how it works:
For the chocolate layer, add all ingredients to a small pot and heat over low heat until melted. Stir to combine. Distribute in prepared tins and place in freezer.

For the nut layer, add macadamia nuts, vanilla and sea salt to your food processor and pulse until resembling fine flour. Heat other ingredients over low heat and add to the nut mix. Run food processor until it has a creamy consistency. Distribute over cooled chocolate layer. Chill for at least 1 hour. Enjoy straight from the fridge! 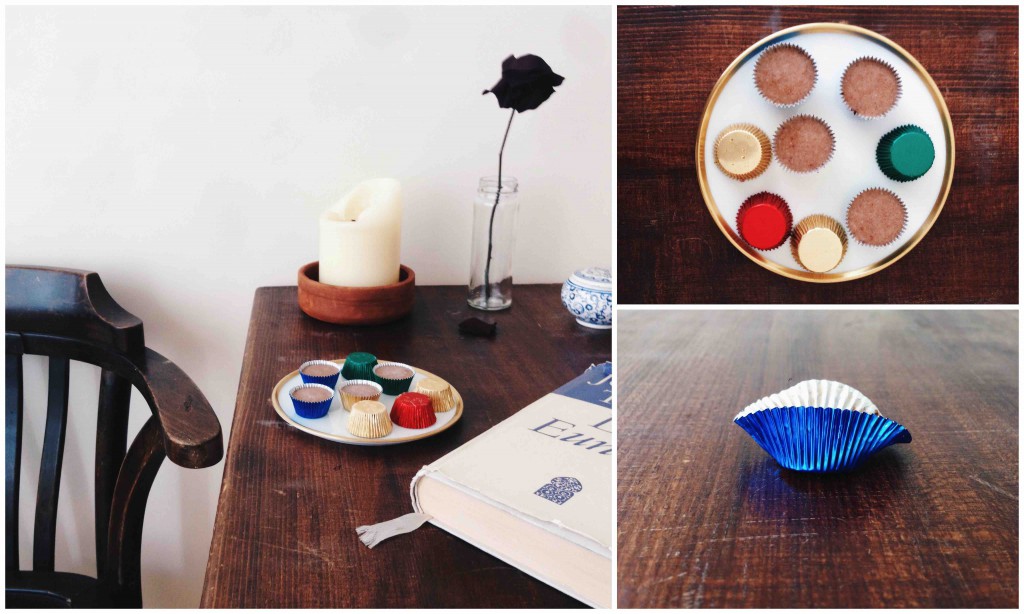